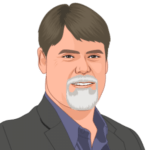 Ken and his wife Karen make their home in Castle Rock, Colorado. Ken, originally from Romulus Michigan, started his professional career with his enlistment in the United States Air Force. During his military career, Ken served four years as an Allied Trades Technician and six years as a Maintenance Control and Analysis Technician. Upon separating from the Air Force, Ken continued his career progression through educational accomplishments which include the completion of a BS in Human Resources, an EMBA in Management and EMBA in Project Management. Ken’s career has encompassed management and project management positions within the retail and automotive industries as well as contract administration and management in support of the United Stated General Services Administration. Ken has enjoyed the opportunity to call many areas of the country his home, learning about the culture, the nuances and the values of the areas has helped him understand and appreciate what each region has to offer. Through out his career, Ken and Karen have enjoyed the opportunity to give back through charitable work including developing and organizing art exhibitions, auctions as well as multiple golf tournaments. Ken enjoys sharing his personal time with friends and family, on the water, flying R/C and ultralight aircraft and golfing.